As news of Ogilvy’s high quality raw honeys continues to spread to various countries, the company will be making a buzz with its raw honey at the internationally important trade show Gulfood 2016, which takes place in Dubai from 21-25 February 2016. 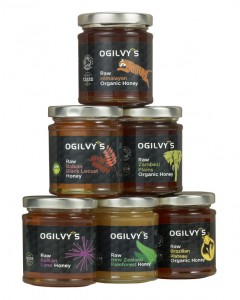 Gulfood is being held at the Dubai World Trade Centre and Ogilvy’s will be showcasing our raw honey from the UK and around the world at stand S-A45 in the Trade Centre Arena.

Gulfood is simply the world’s largest trade show for the food and hospitality sector and gives Ogilvy’s a global platform to showcase our amazing raw honey.

The numbers speak for themselves as the show attracts over 5,000 exhibitors from 5 continents and 120 different countries!

Ogilvy’s will be showcasing its impressive line-up of British raw honeys and also raw honeys from around the world. But pride of place will go to Ogilvy’s new super honey, Raw Jarrah Honey TA 20+, which is expected to steal the show thanks to its antibacterial properties.

These are exciting times for Ogilvy’s as the company continues to expand. We hope to see you in Dubai, but if you can’t make it, all our honeys are available online.