Ogilvy’s will be exhibiting at stand Q4 at one of the world’s most important trade shows for organic and natural products in April 2016 at the Natural & Organic Products Europe show to be held at ExCel, London, from 17-18 April 2016.

The Natural & Organic Show is now in its 20th year and has become the largest trade show dedicated to showcasing the best of natural, organic and healthy living products from around the world.

The event last year attracted some 10,000 trade visitors and according to feedback received by the organizers, around 95% are planning to return to the event in 2016. 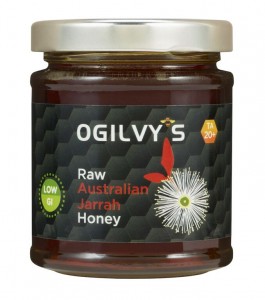 Getting to ExCel couldn’t be easier as it has two Docklands Light Railway stations nearby (Custom House for Excel and Prince Regent for ExCel) and is easy to get to by tube from Canning Town tube station (Jubilee Line). For more information, visit the ExCel website here.

Ogilvy’s range of British raw honey and world raw honey is likely to be a big hit among visitors to the show because of increasing global demand for raw, high-quality honey that can be traced to local beekeepers.

Ogilvy’s new super honey, Raw Jarrah Honey, is likely to be the star of the show, however, because not only is it a natural product but it also has naturally occurring antimicrobial properties at such high levels that it has become known as Australia’s healing honey.