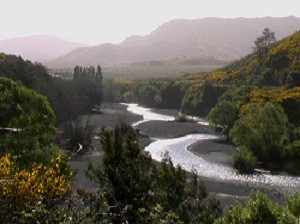 The Honey Hunter has recently launched a new range of British honeys, but is also seeking to add to his iconic world honeys, and has started hunting for a suitable manuka honey that would complement the distinctive and delicious range of Ogilvy’s honeys for which the Honey Hunter is justifiably proud.

But what exactly is manuka honey?

With the search well under way, the Honey Hunter has taken a moment to explain some of the basics of manuka honey and why there is such interest in it.

Manuka honey is an unusual and decidedly distinctive honey that is likewise rather rare because it is only produced in New Zealand and parts of Australia (where it is also called jelly bush honey). Those incessantly industrious bees need to feed off the manuka tree, or the tea tree as it sometimes also called (Leptospermum scoparium to give it its Latin name) to produce manuka honey. The relative rarity of manuka honey is one reason why it also costs more than other varieties of honey.

Why is it special?

A scientist in New Zealand, Dr Peter Molan, discovered that manuka honey has an unusual antibacterial activity both in terms of its strength and the actual way it works, which was given the term non-peroxide activity (NPA). It is largely thanks to Dr Molan’s decades of research and work that the world has come to learn about manuka honey’s special antibacterial and anti-inflammatory properties.

It was a research team in Germany, however, that discovered that manuka honey has a naturally occurring element called methylglyoxal (MG) and it is this MG that is responsible for the honey’s unique properties.

As the world has become more interested in honey and especially manuka honey, demand for it has soared. However, for consumers the task of identifying genuine manuka honey with bioactive properties has been made difficult by different brands, a number of different grading systems and their abbreviations, as well as the fact that not all manuka honey has antibacterial properties.

There are two trademark schemes designed to give some assurance that the honey has been tested and meets certain standards and criteria. The UMF label stands for Unique Manuka Factor and is a trademark scheme run by the Unique Manuka Factor Honey Association and has numbers ranging from 5+ to 28+, which indicate the honey contains certain chemical markers and therefore the purity and quality of the honey.

The other trademark is MGO Manuka Honey, which is based on the level of methylglyoxal in the honey and has numbers ranging from 30+ to 550+.

However, there are producers of manuka honey who are not members of either trademark scheme and they have their honey tested and used the abbreviation NPA, meaning non-peroxide activity.

The New Zealand government recently issued a set of interim guidelines on labelling of manuka honey and it is likely that labels of all brands of manuka honey will change to indicate the level of methylglyoxal contained in the honey.